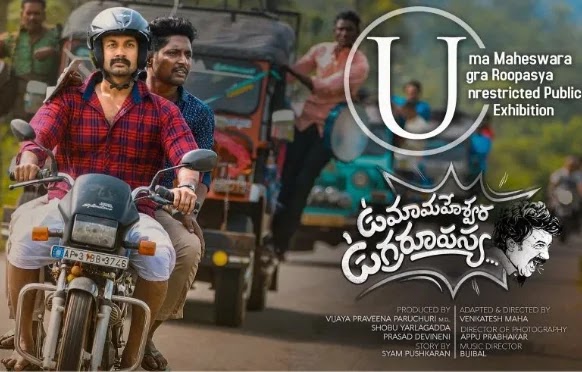 Uma Maheshwar Ugra Roopasya is one of those films that is made for a digital audience. Due to the Lockdown, the makers of the film had blocked theatrical release plans and are releasing the film directly on OTT platform. Also, this is one of the rare Telugu movies in 2020 with clean U certificate from censor board.

As per the latest update, the digital streaming platform Netflix acquired the digital rights for Rs 4 crores. With Satya Dev in the main role, the film made with a budget of 2.5 crores of rupees. However, producers of the film have pocketed profits with direct OTT release. The digital release date will be soon.

Satya Dev’s next film, Uma Maheshwar Ugra Roopasya, is ready for digital release, as announced by the creators earlier. The Uma Maheswara Ugra Roopasya (UMUR) initial release release on Netflix is on July 15, but postponed to 30th July due to unknown reasons. The news has been confirmed by the makers through social media. Uma Maheswara Ugra Roopasya is a remake of the Malayalam film Mahesinte Prathikaaram. The movie was directed by Care of Kancharapalem fame Venkatesh Maha while Arca media produced the film.