The movie will be releasing on RGV’s RGV World Theater. In the Amid Lockdown, Ram Gopal Varma has completed shootings of 4 films, Viz; Climax, Corona, Naked and Murder. Out of these Climax and Naked movies are already streaming on his own App. And, his upcoming films “Murder” and “Power Star” are going to release very soon. It is easy to understand that RGV is targeting Pawan Kalyan with his next film, the title and character names reveals everything. 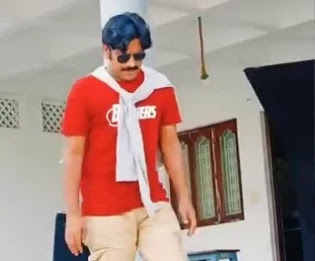 Here is the STAR of my new film POWER STAR …This shot was taken when he visited my office ..Any resemblance to any other person is incidentally coincidental and intentionally unintentional.. pic.twitter.com/geulQ4YAj8