Skip to content
Best Telugu Movies on Netflix: Netflix offers thousands of Telugu movies via its streaming platform. Although the service provides the best Tollywood movies through its suggestions, it’s often difficult to find the best movies. So we took the time to browse the big stock of Netflix catalog to bring you a list of the best Telugu movies on Netflix right now. Whether you love to watch Thrillers or Romantic drama movies, our list will cover all the genres. 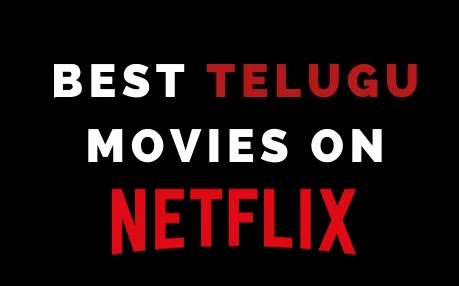 On this page, we have compiled the list of best movies that you can watch on Netflix right now. Although Prime Video, SUN NXT, Hotstar, Aha.video are the strong competitors for Netflix in Telugu, the OTT holds the best digital content from Tollywood makers. It has acquired digital rights of many big hit movies of Telugu Cinema. Moreover, we can also find the Netflix Originals & Series. So, why are you waiting? have a look into this latest article to check the worth watching Telugu movies on Netflix.

The film takes place in the native village of Kancharapalem which is conservative and has its own share of problems. From the love story of a 50-year-old single man to a young man who falls in love with a prostitute, this film presents many other secondary intrigues. Different other stories like an inter-cast love story and a moving story of a sculptor are presented in an interesting way. What happens to each of them over time is the basic script of the film.

Radha (Eesha Rebba), Krish (Nithya Menen), Siva (Srinivas Avasarala) and Meera (Regina) are people with different mentalities who are confronted with their own tensions between all this, Kali (Kajal Aggarwal) comes into play with her. own set of problems. All of these people are connected through an interesting story that is only revealed during the climax. Well, how all of this is presented through an interesting storyline shapes the rest of the story.

Many of the people not aware that Naa Bangaaru Thalli is one of the industry appreciated movie. Megastar Chiranjeevi has congratulated the movie team for receiving many awards. A father leading a dark double life and his daughter, who’s eager to pursue her studies in Hyderabad, face the tragic consequences of sex trafficking.

Durga (Anjali Patil) is a very bright student of Amalapuram. After finishing her studies, she decides to finish her graduate studies in Hyderabad. She reveals her decision to her father (Siddique) who strictly refuses her authorization. Losing no hope, Durga secretly obtains admission to a college in Hyderabad.

It is also the time when his father goes to town for personal work. An anxious Durga takes her letter of admission and arrives in Hyderabad. As soon as she lands there, she is kidnapped and taken to a brothel. During her stay, Durga discovers a shocking truth about her father. What truth does she discover? What problems does she face in the brothel? and how it escapes to form the rest of the story.

The story of the film is quite simple because it is based on the life of four friends who meet after a long time and find themselves in Goa because of a strange incident. There, a little more incident leads them to participate in a competition for the production of short films. The rest of the story is how the friends fight, erase their differences and finally get together and feel the precious moments of their friendship.
Watch Ee Nagaraniki Emaindi: Click Here To Watch

Baby (Lakshmi) is a super old lady who manages a canteen on her own. Her dominant nature is not appreciated by her daughter-in-law. Because of a small family quarrel, Baby is expelled from the house. But strange things happen in her life and Baby wants to become this young woman and lead her life once again. The rest of the story is how the new and young baby (Samantha) uses this opportunity and enjoys his life in peace.
Watch Oh! Baby Full Movie: Click Here To Watch

The film is made in the context of Telangana, Dorasaani deals with the story of a rich girl and an outsider. Raju (Anand Deverakonda) falls in love with his princess from the Devaki village (Shivathmika) and tries to woo her with his poems. Impressed by Raju, Dorassani instantly connects with him and eventually they both fall in love. The rest of the story is how does the couple survive caste-dominated society? What types of challenges do they encounter in their journey? To find out, you have to watch the movie in cinemas near you.
Watch Dorasani Full Movie: Click Here To Watch

Hari (Rakesh Varre), who has a different approach to life, falls in love with a girl called Harathi (Gargeyi Yellapragada). Finally, he tries to impress her and in a short time, love blossoms between them. But the main conflict of their love story arises because of the father of the heroine who has a problem of feeling of hardcore caste with the boy. What will the couple do now? How will they overcome their obstacles? This forms the rest of the story.
Watch Evvarikee Cheppoddu: Click Here To Watch

The relationship between a painter and his admirer unfolds as an abstract, twist-filled hide-and-seek game against the backdrop of murder and revenge.
Watch Manu Telugu Full Movie: Click Here To Watch

Neevevaro is the remake of Tamil film “Adhe Kangal”. The movie is a big hit at Tamil box office. One of the best Thrillers with unique story-line. Kalyan (Aadhi Pinishetty) is a blind leader, who believes that his self-confidence and determination are much stronger than his state of health. Her childhood friend Anu (Ritika Singh) stands by Kalyan’s side and has a special place in his heart for him, but Kalyan does not make her feel that way.
One day, Kalyan meets Pallavi (Tapsee Pannu) and falls in love with her after seeing her generous nature. Even Pallavi develops a penchant for Kalyan who agrees to get her out of a big financial problem. Just when everything seems to be going well, Kalyan encounters a small accident and by treating him, the doctors discover that he can regain his vision after an operation. As soon as Kalyan regains consciousness, he discovers that Pallavi has disappeared. Will Kalyan be able to find Pallavi? and what is the real twist behind this story? The answers to these questions form the main plot of the film.
Watch Neevevaro Telugu Full Movie: Click Here To Watch

Bunty is a cute piglet who gets lost by a courier and reaches the main pair looking for their lost puppy. It is also the time when Sixpack Shankar (Ravi Babu) and a few other gangs are looking for the piglet for a special reason. Things get out of hand when all the groups start fighting for her like cats and dogs. Why all the gangs are behind Bunty and how the piglet escapes all these delicate situations forms the rest of the story.