Skip to content
Vikram Telugu Movies List: Vikram is an Indian actor born April 17, 1996 in Chennai, Tamil Nadu, India. He is best known for his work in Tamil and the Telugu film industry. Vikram is not only an actor, but also a film producer, Dubbing Artist and playback singer. Along with Tamil Nadu, He is also very famous actor in Telugu for various kinds of roles in Aparichitudu, Sivaputrudu, I, Nanna, etc. 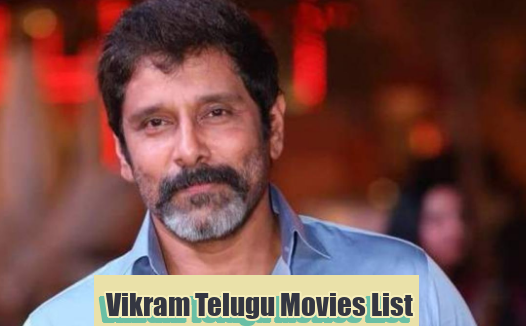 In the begging days of his film career, he used to dub for actors in Tamil. After Kamal Hassan, Vikram has been widely recognized as a versatile actor for his roles and characters in many big Hit films. He has won seven Filmfare Awards as well as a Tamil Nadu State Film Award and a National Film Award. On this page, we share a complete and fully updated list of all Vikram movies in Telugu.

A Complete List of Vikram Telugu Dubbed Movies Till 2020

During 1990’s, he acted in straight Telugu movies in supporting roles. But, he has not recognized for many reasons in Telugu. However, he got a huge stardom in Tamil in the early 2000’s and later the market for Vikram movies has been expanded throughout the South India. Currently, he is one of the top actors in Tamil, Malayalam and Telugu.

Vikram has also done many straight Telugu movies in the intitial struggling days in supporting roles and unrecognized roles. However, some of the movies are big Hits in Telugu.