Skip to content
Prabhas Box Office Collection Report and Records (Prabhas Hits and Flops): Tollywood actor Prabhas has the greatest Box Office Collection report card when compared with other film actors of South India. He has been a part of many big HIT movies, All Time Blockbuster movies and Flop movies from 2010 to 2019. Let’s have a look into the Prabhas movies at Box Office. 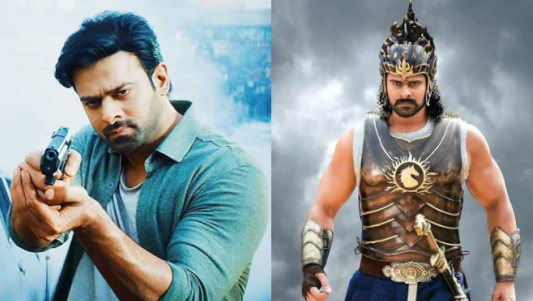 Prabhas is involved in many big budget movies like Bahubali The Beginning, Bahubali The conclusion, Saaho and Mirchi. Also, he did many HIT movies like Mr.Perfect and Darling in the early years of this decade. Moreover, he associated with UV creations which is said to be his home banner, the first venture of UV creations is Mirchi which is a Super HIT.

Below are the films of the decade (2010-2019) and Box Office report card of Actor Prabhas in Telugu.

This decade is said to be the turning point for Prabhas in his 18 years of film career in Tollywood. Moreover, he become PAN Indian star for his movies like Baahubali and Saaho. Hope he reaches few more milestones with his upcoming films.

The data of the Box Office collection report card are the approximate figures collected from various sources. The figures may not be accurate. However, they are adequately indicative to the film performance.