Skip to content
200 Crore Club South Indian Movies: If you are a film enthusiast and want to know about the List of 200 Crore Club South India Movies (Telugu, Tamil, Kannada, Malyalam), then should check the below list. There are 7 Telugu movies from the total seventeen films which have grossed over 200 crore worldwide. And, there are 9 Tamil movies and 1 Kannada movie which is KGF. 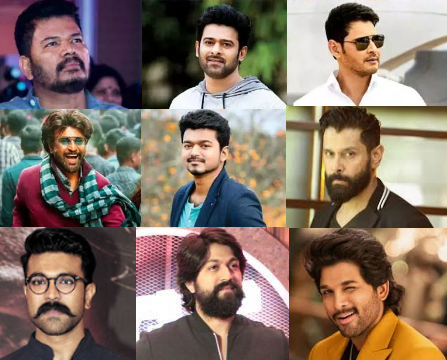 Out of the total 17 movies, 5 Rajnikanth films (Enthiran, Kabali, 2.0, Petta, Darbar) have collected more than 200 crore gross worldwide and 3 Vijay starrer and 3 Prabhas starrer movies have collected more than 200 crore. Ofcourse, there are 3 films from Megastar family which have collected over 200 crore World wide, Viz. Sye Raa, Rangasthalam, AlaVaikunthapurramuloo. Following, Vikram, Yash and Mahesh Babu films have also joined this club. However, the highest no.of South Indian Heroes who has big market in India and Overseas is from Telugu Cinema (Tollywood) only.

Below are the list of movies from South India (Telugu, Tamil, Malayalam and Kannada languages) which have collected over 200 crore Gross worldwide. However, the number of South Indian heroes who have a large market in India and abroad are mostly from Telugu cinema. Allu Arjun, Mahesh Babu, Prabhas, Chiranjeevi and Ramcharan have achieved this rare feat as till date.