Skip to content
Top 10 Famous YouTube Channels: Telugu content is growing day bay day on YouTube and other Internet platforms now. People are crazy about uploading videos on their favorite niches like Technology, Entertainment, Vlogs, Reviews, Tutorials, etc. On this page, we are going to provide famous YouTube channels in Telugu on various niches. 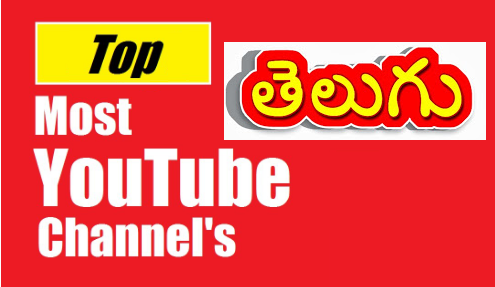 Telugu Traveller: Raji Reddy is the owner of Telugu Traveller YouTube channel. This Channel is all about Traveling with full information  to travel in India and Also around the World.

Mahathalli: This channel includes Telugu vlogs, celebrity interviews, funny videos, short-films, Web series, paid promotions, etc. Jahnavi Dasetty is the owner of Mahathalli. She is one of the popular Telugu Youtuber and also a short film actress. Her YouTube channel has reached a huge milestone of 1.45 million subscribers.

Dhethadi: Dhethadi is a Telugu YouTube channel about a chilled-out Telangana girl and her take on life. Alekya harika is the owner of Dhethadi. She makes videos, sketches and short films in Telugu about everyday situations in life, she is known for her Telengana pilla delivery style, her expressions and quirky humor will definitely make you laugh. The channel uploads new short films every week. Dhethadi channel has reached over 1 million subscribers.

Godavari Kurradu: This Telugu YouTube channel contains ultimate comedy spoofs by editing popular scenes from Telugu movies. You can have a great fun watching the videos of Godavari Kurradu. Moreover, you can observe a lot of hard work behind editing this videos.

Telugu Geeks: Telugu Geeks is a knowledge sharing channel which provides a lot of information on science, psychology, facts, trivia. This channel has over 7 Lakh subscribers.

Filmy Geeks: One of the best Telugu YouTube channel on explaining Film crafts. In this channel you will get to see videos on Film appreciation and film making. If you are film lover, you should subscribe this channel.

Similarly, there are many other Telugu YouTube channels and creators in AP and Telangana. We will update them in our next article. Hope these channels will inspire you.