Skip to content
RGV World Theatre Upcoming Movies 2020: RGV is the first Indian filmmaker to come up with an Idea of releasing movies on web application. But, This is quite different from traditional OTT subscription plans. Here people has to pay a certain amount (ticket price) to watch their desired movie on the App. Also, The cost per movie varies from film to film. So, this process can helps both film makers to gain profits and audience to choose the best movies. 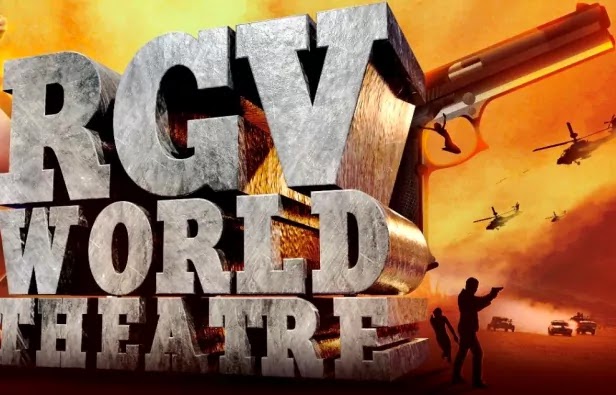 RGV has officially shred this news via Twitter saying, Proudly presenting the logo of my online theatre ..Telugu film POWER STAR starring @prawankalyan will be the first film to release in http://rgvworldtheatre.com on a pay per view model on July 25 th 11 am to be soon followed by the Hindi film @apsara_rani_ ‘s  THRILLER

What is the First Movie to Stream on RGV World Theatre?

Power Star is the first movie to stream on RGV World Theatre. Following Power Star, movies like Thriller, Murder and other RGV films will be streaming on pay per view basis.

What is the second movie to release on RGV World Theater?

Apsara Rani starrer “Thriller” is the second movie to release on RGV world Theater. The movie will release on 14th August, 2020 at 9 PM.

What is RGV World Theatre in Ram Gopal Varma Words?

It’s mission objective will be to create and acquire path breaking,radical and shocking content at a break neck speed. Will GO EXTREME to make, acquire and release all kinds of films short and long in a wide array of genres such as crime, suspense, erotica, horror, drama etc. RGVWORLDTHEATRE will not just release films made by me but also by ANYONE as long as it falls in line with my sensibility. Each of them will be priced separately depending upon various factors.

This platform comes with pay per view or pay per movie basis. So, you need to pay separately for each movie to watch Online. The ticket rates may varies from film to film, depends on the owner.

How to Install RGVWolrdTheatre App?

This is a new kind of an app You might have noticed that this app can be installed without visiting the appstore or playstore. That is because, this app is a Progressive Web App. This is the next generation of apps!