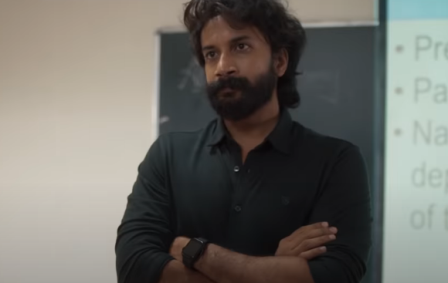 Presenting you the all Episodes of new Telugu Aha web series i.e. Locked, an aha original. Locked is a spine-chilling thriller that you don’t want to miss. This Aha original is directed by Pradeep Deva Kumar and produced by KS Madhu Bala and H Shanmuga Raja. Would you like to be Locked series all Episodes streaming now only on aha video.

The Web Series comes with 7 Episodes which is a fully Crime Drama based on the life of Doctor Anand. The Season 1 of Web Series has already completed 14 million viewing minutes.

A spine-chilling thriller that you don’t want to miss.

Episode 1: The Loot of a Lifetime

A man who is not who he claims to be, two robbers and a few uninvited guests, all trapped and locked in a mansion. With the mastermind always a step ahead and sinister occurrences, will they survive this journey that is sure to leave even the brave ones trembling?

After a long shift at the hospital and saving a 7-year-old’s life, Dr. Anand looks forward to unwinding at home. An old friend’s unexpected self invite causes Amudhan to welcome two uninvited guests- Vaishnavi and Padmini. However, is Dr. Anand claims who he is?