Skip to content
Karthik Subbaraj Telugu Movies List: Karthik Subbaraj is an Indian film maker who predominantly works in Tamil Cinema industry. He become famous within a short period of time through his movies. Though his way of story telling is unique, He gives at most importance in designing characters (Ex: Vijay Sethupathi in Pizza, Bobby Simha in Jigarthanda, S J Surya in Iraivi, Prabhu Deva in Mercury, etc.). All these characters are well received by Tamil audience. 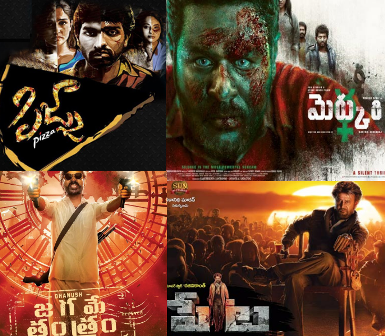 Karthik Subbaraj never worked as an AD (Assistant Director) under other film makers in Kollywood. He directly entered into Tamil cinema as a director & writer. Before coming into Tamil Cinema, he has done many short films with Vijay Sethupathi & Bobby Simha. All these short films have received a good applause on YouTube. His recent flick Petta with Rajinikanth is successful at Box Office. Moreover, he changed the entire look of Rajinikanth into a new style. Currently, he is working with Dhanush for “Jagame Tantram” movie.