Skip to content
Karthi Telugu Movies List: Karthik Sivakumaralso known for Karthi was born on May 25, 1977 in Chennai, Tamil Nadu, India. He is mainly known for his work in the Tamil and Telugu film industries. He is the second son of actor Sivakumar and younger brother of famous Actor Surya. Since he always wanted to be a director, he returned to India from foreign after completing his Engineering and joined Mani Ratnam as an Asst director. 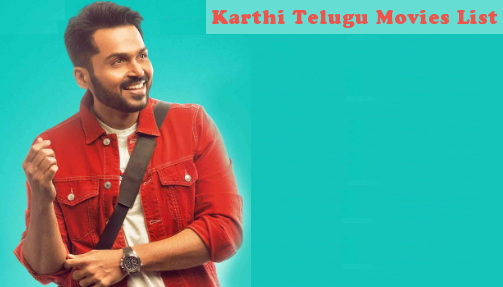 Karthi Telugu Movies List Till 2020 To Watch Online for Free