Skip to content
Atlee Movies in Telugu: Atlee Kumar is an Indian film director who works mainly in Tamil Cinema. However, his movies used to get dubbed into Telugu and other South India languages. Till 2020, he has directed 4 blockbuster Hit films in Tamil and which are dubbed into Telugu and also become successful too. On this page, you are going to find the list of Atlee Movies in Telugu language. 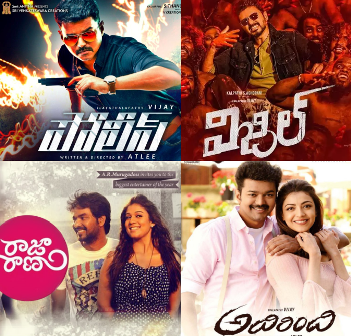 As a film director, he started his career with Raja Rani (2013). Before becoming a director, he worked as a Assistant director to famous Indian film maker “Shankar”. After a big Hit movie like Raja Rani in 2013, he worked with Actor Vijay for 3 times. As per the latest update, he is directing Bollywood star Sharukh Khan for his next film in Hindi.