Skip to content
Allu Arjun Movies Box Office Collection Report: Allu Arjun is the first actor from Telugu film industry who is having the PAN Indian stardom. He is a well known face to Telugu, Malyalam, Tamil, Kannada and Hindi audience. Allu Arjun’s dubbed movies are well received in other languages like Malyalam, Kannada and Hindi. Moreover, he is well known for stylish acting and manly performances in Telugu films. If you are searching for the Allu Arjun Box Office Collection Records, then you should not miss this page. 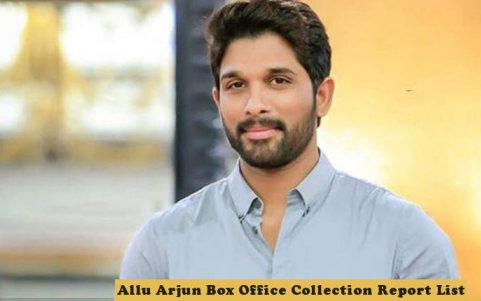 On this page, we have provided the detailed film list of the actor and his Box-Office collections during the period 2010 to 2019. Allu Arjun’s movies have never crossed the border of 80 crore share in this decade. However, movies like DJ, Sarrainodu, Race Gurram, Naa Peru Surya have crossed the 100 crore Gross worldwide and created a descent market for Allu Arjun films.

2010 to 2019 will be a memorable decade in Allu Arjun’s filmy career. He has done many Super Hit films along with flops.

Allu Arjun has recently completed 17 years in Tollywood Film Industry (TFI). He has been a part of many Hits, Blockbusters and All Time Industry Hit movies. Moreover, he is well known for his style, attitude and dances in his films.