Skip to content
Ala Vaikunthapurramuloo is the biggest Blockbuster Telugu movie of 2020. Moreover, it is declared as All Time Industry hit by the Box Office Trade Analysts. Similarly, the film makers have claimed that AVPL is the All Time Industry hit movie after Bahubali 2 in Telugu states. So, the Ala Vaikunthapurramuloo team has recently released the special video promo saying it has the All Time Industry Records in Nizam, Ceeded, Vizag, Krishna, West, East Godavari, Guntur, Nellore and other places. Let’s have a look into the official video released by Geetha Arts and Team. 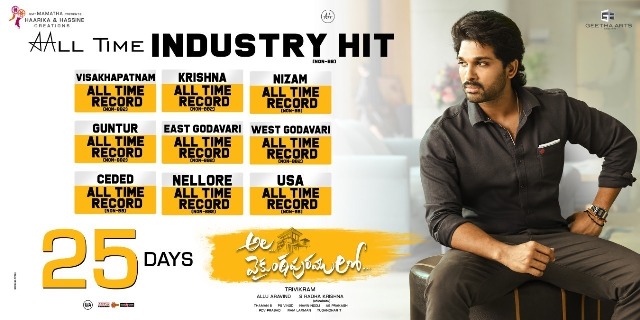