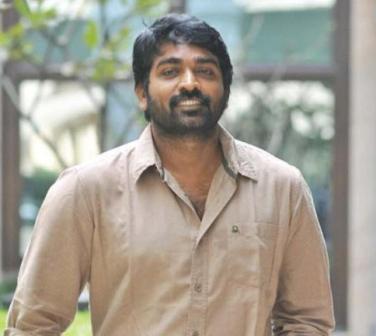 Vijay Sethupathi is widely known actor in India now. He is currently working in various PAN Indian projects like Sye Raa Narasimha Reddy. Moreover, he is the only actor in south India who got a chance to work with Indian Super Stars like Rajinikanth, Chiranjeevi, Amitabh Bachchan, Aamir Khan & others.

Balu Mahendra noted that he had a “very photogenic face” and motivated him to pursue an acting career. Later, Vijay Sethupathi joined as an accountant & trainee in Chennai-based theater group Koothu-P-Pattarai where he got a chance to observe actors very closely. He acted in many short films which are made by Karthik Subbaraj. He debuted into Tamil Cinema as a background actor (Uncredited role) in movies like Pudhupettai, Vennila Kabadi Kuzhu, Lee, Naan Mahaan Alla, etc., till 2012.

The year 2012 has changed the entire film career of Vijay Sethupathi. The thriller film Pizza and the comedy entertainer Naduvula Konjam Pakkatha Kaanom were released in the same year and became back to back hits at Kollywood Box Office. Again in 2013, crime comedy genre movie “Soodhu Kavvum” has gets him a stardom in Tamil Cinema Industry. Similarly, his roles in movies like Idharkuthane Aasaipattai Balakumara, Rummy, Pannaiyarum Padminiyum, Orange Mittai, Naanum Rowdy Dhaan, Sethupathi made him much closer to Tamil audience.

After a series of up & downs, his character in Vikram Vedha movie has got him wide reputation across India especially from Bollywood celebrities like Shahrukh Khan. Even more he became popular through his latest flicks like 96, Seethakaathi, Petta, Super Deluxe. Also, he introduced his son Surya Sethupathi through Sindhubaadh movie.

Vijay Sethupathi is married to Jessy in 2003 & the pair have a son (Surya Sethupathi) & daughter (Shreeja Sethupathi). During the earlier stages of his film career, he received an immense support from his wife Jessy Sethupathi. Similarly, he respects his Wife & family for their love & support.