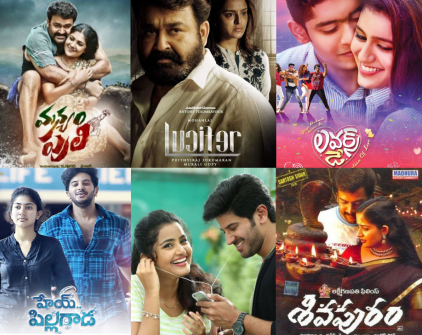 On this page, you are going to find the list of Malyalam movies dubbed into Telugu. As we all know, Once a movie is Blockbuster in South India, it will be wither dubbed ore remaked into other languages. Similarly, Malyalam movies like Pulimurugan (Dubbed into Telugu as Manyam Puli), Lucifer, Dulquer Salmaan’s Kali and many other films dubbed and got success.

Besides the Telugu dubbed Malyalam movies there are Telugu remakes like Premam and Drishyam which are successful in Telugu as well.