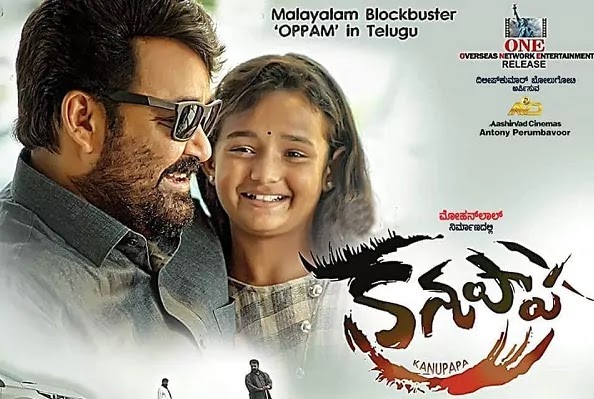 If you are searching for Crime Thriller movie in Telugu, Kanupapa (Oppam) is one of the best movie to watch Online. Moreover, the movie is available in 1080p HD for free. So, don’t miss this amazing Crime Thriller movie starring talented actors like Mohanlal, Nedumudi Venu and Samuthirakani.

Jayaram (Mohanlal) is a visually impaired man who works as an elevator operator in an apartment. He has a rare ability to recognize people just by listening to them. Meanwhile, a retired judge Krishna Moorthy (Nedumudi Venu), who resides in the same apartment, believes in Jayram and shares all his secrets with him. Unexpectedly, Krishna Moorthy is killed by a serial killer called Vasu (Samuthirakani).

Who is Vasu and why did he kill Krishna Moorthy? What secrets of life did Krishna Moorthy share with Jayaram? Who are Sree Devi (Vimala Raman), Ganga (Anu Shree) and Nandini (Baby Meenakshi) and how they enter the debates form the rest of the story.