Skip to content
Telugu Comedy Movies 2020: If you are searching for the best and the new Telugu comedy movies latest, then you are the right place to find them. As we all know, Tollywood and Kollywood are the successors for Comedy genre films after Bollywood. On this page, we are providing the Best Telugu Comedy films that will keep you laughing till the end card. 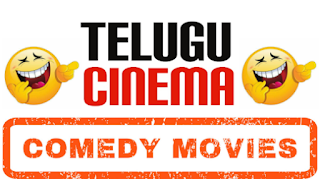 Telugu people always prefers to watch comedy genre movies and Action Movies. Moreover, Telugu film Industry has many Comedian legends  like Brahmanandam, Ali, Sunil, MS Narayana, Vennela Kishore, Rajendra Prasad, Naresh and others. Also, stars like Chiranjeevi, Venkatesh, Mahesh Babu, Allu Arjun, Jr NTR and Nani looks comfortable in comedy scenes. And, these actors have their own style in comedy scenes. Let us have a look into the best comedy films in Telugu till 2020.

Tollywood has a lot of comedy genre directors like Jandhyala, EVV Satyanarayana, Trivikram, Srinu Vaitla, Anil Ravipudi and others. Along with Telugu films you can also find some Telugu dubbed films with comedy genre. So, the list can be a long but 100% it will satisfy in entertaining you.