Skip to content
Telugu Hindi Dubbed Movies That Crossed 100M Views on YouTube: Telugu Actors like Allu Arjun, Ram Pothineni, Bellamkonda Srinivas, Prabhas, Ravi Teja, Nithiin movies are quite famous in North India with their Hindi dubbed movies. Moreover, many of their films has crossed 50 million views on YouTube. On this page, we are going to see the list of Hindi dubbed Telugu films that has received more than 100M views on YouTube. 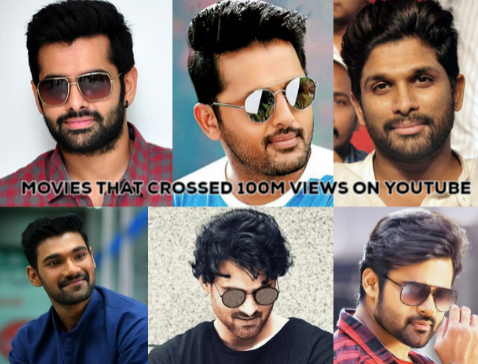 In the below table you can see the list of actors and their films that have crossed 100M views on YouTube.

SYNOPSIS: Gagan and Sweety fall in love but are forced to break up because her father disapproves of him. While defending a family from thugs one day, Gagan unknowingly saves Sweety and vows to protect her.

Synopsis: When false allegations are levied against him, a police officer has 24 hours to prove his innocence. To know what happens next watch this movie.
Star Cast: The movie is directed by Sreenivas Mamilla starring Bellamkonda Sreenivas, Kajal Aggarwal, Neil Nitin Mukesh, Mehreen Pirzada and Mukesh.

Synopsis: Hari, a young DJ, keeps getting rejected by every girl he proposes to. When he faces another brutal rejection by Sailaja, a girl he truly loves, he sets out to change her mind.

Synopsis:This story is about two very good friend Abhi and Vasu. They were inseparable from their childhood. But when beautiful Maha enters in Abhi’s life their friendship gets damaged because of some confusion. Now they have to resolve these issues to save the friendship.

Synopsis: Ismart Shankar is a super hit Indian Telugu-language action film written and directed by Puri Jagannadh. The story is about a contract killer Shankar who murders a politician and runs away from police. While he is being chased, another police officer gets killed and his memory is transferred to Shankar. How he nabs the main culprit with the help of his memory and the police forms the main plot of the film.

Synopsis: The movie story deals with Gana, whose job is moral policing. Though his treatment involves violence, he stands by the justice. One fine day, he helps an entire village and also saves Maha Lakshmi without knowing that she is under a threat from the very powerful Dhanush. An upset Dhanush, sets for Gana who is busy with his own life and is about to get married to Hansita Reddy(Catherine Tresa). Rest of the story is as to how Gana faces Vairam Dhanush and saves his entire family.

Synopsis: Duvvada Jagannatham Shastri is a cook, working as a caterer in Vijayawada along with his family.Jagannatham rescues a high-profile cop Purushottam from the attack of a crime mafia in Hyderabad. Seeing the quality of a rebellion in the priest, and his sharp shooting skills, the cop trains the priest to become DJ, an encounter specialist who fights crime in disguise of a Brahmin priest.