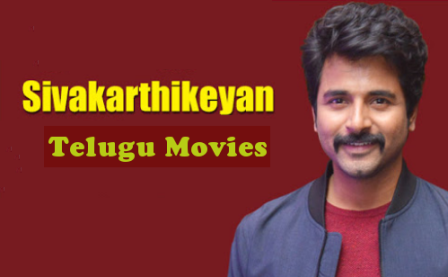 Sivakarthikeyan Telugu movies are always welcomed by the people of AP and Telangana. Moreover, He is known to Telugu people through many Telugu dubbed Tamil films till 2020. But, we cannot recall the names of certain films immediately. So, to help such people we have gathered the complete movies list of Sivakarthikeyan in Telugu.

Sivakarthikeyan hs started his film career in Star Vijay TV as a reality show anchor. He made his acting debut with Tamil flick Marina. After the consecutive hit movies like Kedi Billa Killadi Ranga, Ethir Neechal and Varuthapadatha Valibar Sangam, he never looked back. However, his early Tamil films are not dubbed into Telugu. Only after the release of Remo movie in Telugu, his movies started dubbed into Telugu language.

Below are the most recent Sivakarthikeyan Telugu Movies List Till 2020.