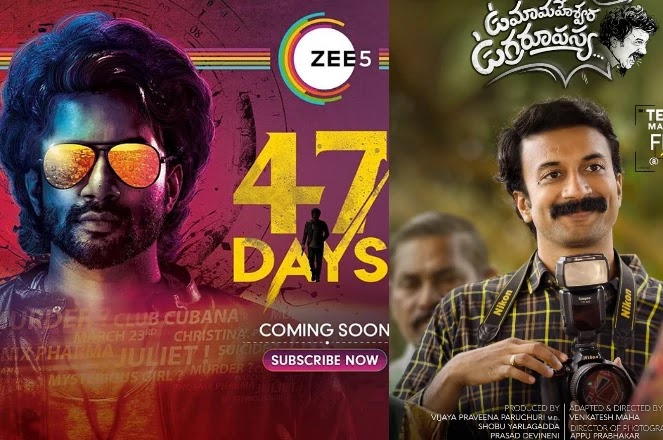 By sharing a poster of the film on his Instagram page, Satyadev has officially declared the news about 47 Days. Also, he wrote, Happy and super glad to announce my film #47days will soon be streaming on @zee5telugu. Thank you @sai.pradeep.maddali for anchoring this journey and for steering us home. Thank you for the unwavering support from the producers @raghu.kunche #sashi #sreedhar #vijay. Watch this space for more details.

Along with 47 Days, the movie with a lot of expectations “Uma Maheswara Ugra Roopasya” is all set for digital release on Netflix. As per the latest buzz, Netflix bought the digital rights of UMUR while the movie budget is Rs.2.5 crore.