Skip to content
The Sarkaru Vaari Paata announcement poster was very well received by fans and other Internet users. Moreover, The poster sported a different Mahesh look with long hair with ear ring and a Tatoo. Mahesh fans have expected a different look but this poster surely exceeded their expectations. 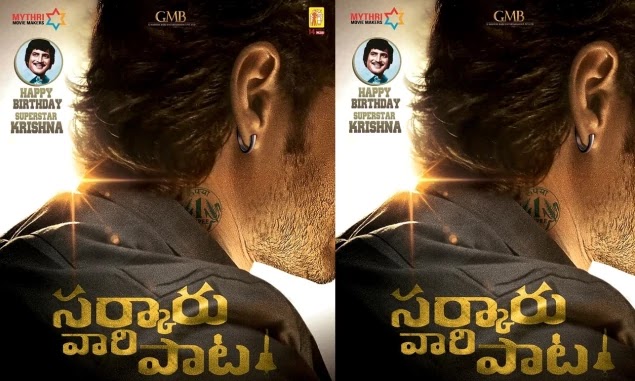 Telugu Super Star Mahesh Babu, who took a short break, recently announced his next film. On his father’s Birthday (Super Star Krishna Birthday), the SSMB27 team officially announced the details of the project. The film shoot will start from October in Hyderabad. Meanwhile, Mahesh fans are eagerly waiting for the cast and Heroine updates. So, we are presenting the more details about the upcoming movie of Telugu Super Star Mahesh babu. Let us have a look into the complete story.

SarkaruVaariPaata is expected to be released in the summer of 2021. Produced by GMB Entertainments, Mythri Movie Makers and 14Reels Plus. Music by SS Thaman and cinematography by PS Vinod.

Although there are many names on the main actress, there is no any official announcement from the makers. As we noted earlier about Kiara Advani’s busy schedule, she has not yet set her dates. As per social media buzz, young Bollywood actress Saiee Manjrekar roped as lead actress opposite Mahesh Babu. Recently, in an online interview, when she was asked about the opposite of Mahesh Babu in Sarkaru Vaari Paata, she did not confirm it, she also did not deny the news. She said that her parents are close to Namratha and that the way she was approached. However, There were many names like Kiara Advani, Keethy Suresh, Saiee Manjrekar for lead actress, But seems like no one has finalized yet.

When The Shooting of Sarkaru Vaari Paata Will Begun?

The title logo that was released on May 31 received a resounding response from Mahesh fans and the general public as they sought to see Mahesh in a new avatar. The team initially planned to start the shooting from July. But due to the Lockdown and the current situation in India, the team now plans to go to the sets in the month of October. As there are still more than 3 months, Parasuram wanted to finish the pre-production works and planning for the summer of 2021.