Skip to content
Saaho is a PAN Indian film released on 30th August 2019. Even the movie was failed at Box Office, the film has received critical appreciations from audience. Moreover, the film resembles Hollywood action film. Now the Telugu audience wants to see this movie on TV during this Lockdown. 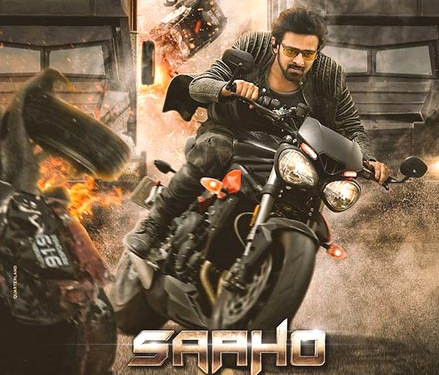 According to the official sources, Saaho Telugu version Satellite Rights Sold to ZEE Telugu. So, the Saaho movie fans can expect the very soon on TV. The film will Telecast on Zee Telugu. The official confirmation details not yet come out. If you are waiting for the SAAHO Movie World TV premiere date and Satellite rights, then you can find on this page.

As we all know, Saaho has created a sensation on the OTT Platform “Netflix”. And, now The film is ready to stream on TV. The movie will be available on ZEE Telugu very soon. So, stay tuned.

Saaho movie starring Prabhas and Shraddha Kapoor in lead roles was released in PAN Indian languages. However, the expectations in Telugu were pretty much higher than other languages. The film directed by Sujeeth and produced by UV Creations. The film also released in Tamil, and Hindi Languages.