Skip to content
RRR Movie Cast and Crew: Have you ever thought about how one can perpetuate success in the cinema industry which has a high rate of uncertainty that we can’t decide when we can get hit or flop? But one man in the Indian cinema has been continuing his success legacy for two decades with every venture. 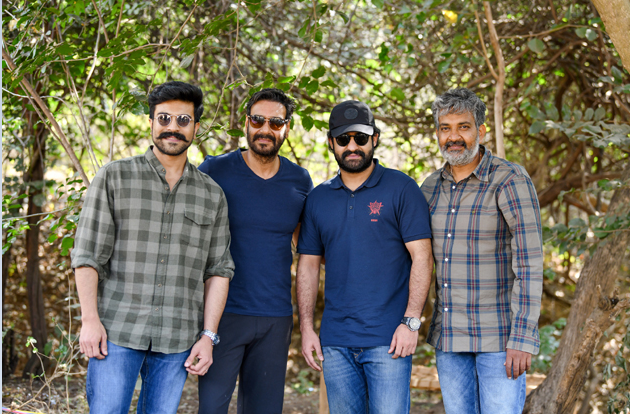 I think you already got our point of whom we are talking about? Yes, you are exactly right. He is none other than SS Raja Mouli, the director of India’s magnum opus of the decade “BAHUBALI”. It’s been three years since “BAHUBALI-conclusion” was released dated 28 April 2017 which won several awards and rewards for its quintessential representation of mythological drama. After the unanimous success of “ Bahubali-Series”, everyone has eyes for his next project as this movie fetched massive collections along with great reviews and appreciations from worldwide.

To end this contemplation, Raja Mouli broke the ice that his next outing will be a multi-starer movie featuring Tollywood superstars Jr. NTR and Ramcharan along with an ensemble star cast. The movie titled “ Roudram Ranam Rudhiram” which noted as “RRR”. Roudram Ranam Rudhiram is a historical fictional tale about two great Indian freedom fighters called Komaram Bheem and Alluri Sitarama Raju who played prominent roles in fighting against “Nizam of Hyderabad” and “British Raj” respectively.

RRR is a periodic film starring Ram Charan, Jr NTR, Alia Bhatt, Ajay Devgan, Samuthirakani and others in lead roles. Moreover, the inspiration to the character played by Ram Charan is Alluri Sitarama Raju and NTR is Komaram Bheem.

In an interview at the press release, SS RajaMouli divulges the summary of the plot of Roudram Ranam Rudhiram to increase curiosity levels among the audience to which he stated that “ though two freedom fighters hailing from different areas, they possess similar characters in their views and perceptions but according to the history, unfortunately, they never happened to meet. So, here we come with the notion that what happened when two similar character heroes who fight for the same issues happened to meet and how they will rule out British mania in India is the main theme of the story”.

With this revelation, there is an upsurge of expectation among the audience as well as industry people on how Rajamouli will present this fictional feast. In Roudram Ranam Rudhiram, Jr.NTR will be seen as “Komaram Bheem ” a Gond tribal Telangana freedom fighter who openly fought against the ruling of the Nizam Government regarding guerilla campaigns. MegaPowerStar “Ram Charan” will be seen as “Alluri Sitarama Raju” generally called “Manyam Veerudu” who desperately fought against the “British” uneven policies in India despite being hailed from Visakhapatnam in Andhra Pradesh.

Roudram Ranam Rudhiram is simultaneously shot in all South Indian languages like Telugu, Tamil, Kannada, and Malayalam along with Hindi with an estimated budget of 400 crores to make it a global film.

Roudram Ranam Rudhiram has an ensemble cast of Indian and International actors. Bollywood beautiful “Alia Bhatt ” making her debut in Tollywood where she will be seen as Sita in the movie. Ajay Devgn will be seen in an extended cameo. Tamil actor “Samuthirakani” in another important role.

Hollywood actors Olivia Morris as Jennifer, Ray Stevenson as Scott, and Alison Doody as Lady Scott roped in for the movie as it is based on the Indian freedom movement against the British.

Tollywood notable Producer DVV Danayya is going to produce the movie under DVV Entertainments. The music department will be undertaken by MMKeeravani, who is the closest cousin of Rajamouli.

Roudram Ranam Rudhiram is the prestigious project for both Ramcharan and Jr.NTR who started working on this project after Vinaya Vidheya Rama(VVR) and Aravinda Sametha Veera Raghava(ASVR) respectively. The movie is said to be made with a budget of Rs.400 Crore (Approx). Moreover, the RRR Cast and Crew contains PAN Indian actors including Hollywood.

K.V Vijayendra Prasad eminent screenwriter noted for many hit films like Bahubali Series, Bajarani Baijann, Manikarnika, Mersal, Srivalli, Rajanna,etc., is working for this movie too. He is the father of SS Rajamouli. KK Senthil Kumar, cinematographer mostly worked for Raja Mouli films. So, Rajamouli movies are like the family feast for the audience. Akkineni Srikar Prasad, a notorious Indian editor, Sai Madhav Burra, Madhan Karky as dialogue writers have roped in for Roudram Ranam Rudhiram. 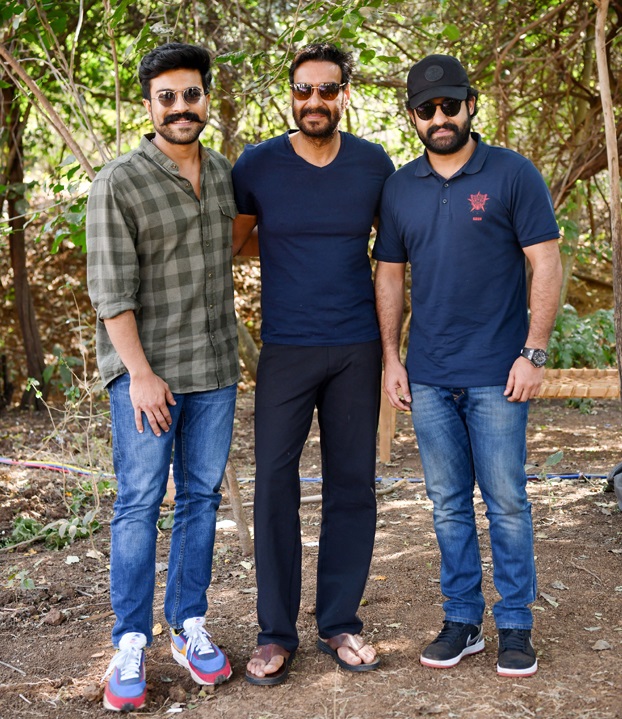 Welcome aboard #OliviaMorris @OliviaMorris891! We are happy to have you play the female lead #JENNIFER. Looking forward for the shoot. #RRRMovie #RRR. pic.twitter.com/7ZUtyLt6bq

Recently movie team released a first look video of Ramcharan as Alluri Sitarama Raju on the occasion of his birthday to which the background voice over by Komaram Bheem alias Jr.NTR. The short one-minute teaser gained an enormous response from the fans as well as the audience. Roudram Ranam Rudhiram was launched on 19 November 2018 in Hyderabad and the movie is planning to release on 8 January 2021.

#RayStevenson, it’s a pleasure to have you play the lead antagonist #SCOTT in #RRRMovie. Can’t wait to begin shooting with you. #RRR. pic.twitter.com/T0nZnHlMxy

Welcome to Indian cinema, #AlisonDoody! Had a wonderful time shooting for your first schedule… We are glad to have you play lead antagonist #LADYSCOTT in #RRRMovie! #RRR pic.twitter.com/ELNUUS0g32

It’s been a phenomenal year since the shoot of #RRR began! It was a productive year with 70% of shoot completed.✊🏻

Also putting an end to speculations, we’re glad to announce the lead actress for @tarak9999 & antagonists of the film tomorrow. Stay tuned… #RRR 🔥🌊