Skip to content
Pappu of AP: In an interview with TV9 reporter Murali Krishna, Nara Lokesh is opened about the comments of AP Pappu in Andhra Pradesh. He says, I never cared about such silly comments by opposition parties and riotous people. I truly worked for the people of AP and people knows about me. I don’t want to care about such comments in future as well. 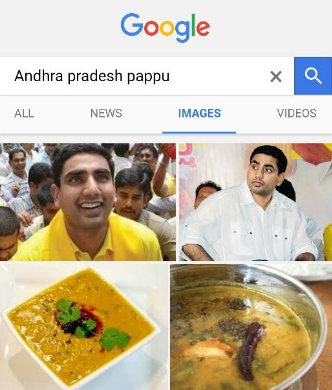 Due to of his bad Telugu in various party meetings, he slipped his tongue many times. There are many examples for his bad Telugu speeches. Example: Lokesh used Telugu word “Vardhanthi” while greeting a crowd in Vijayawada on the occasion of Ambedkar Jayanti.
During this time, opposition parties has got a chance to give him a nick name as Andhra Pradesh Pappu. The name has become viral in social media, news channels and later people started googling for Pappu of AP. And, even search engines started showing Nara Lokesh pics in search results. However, TDP leaders condemned giving nick name to Nara Lokesh many times.

Below is the proof of video where Nara Lokesh never took those comments for serious.

The main reason behind this trolling is his bad Telugu Speeches. Being a main pillar of Telugu Desam Party, he unable to deliver excellent speeches in Telugu language. Moreover, he never impressed people through his speeches in any meeting. However, He believes doing welfare to the people is the main preference than delivering excellent speeches.