Skip to content
Nuvve Nuvve Full HD Lyrical Video Song (RED 2020): The official song of Hero Ram’s RED “Nuvve Nuvve” is out now. The song features Ram and Malvika Sharma while the music is composed by Mani Sharma and directed by Kishore Tirumala. Based on the visuals in the video, the choreography is done by Shobi Master. 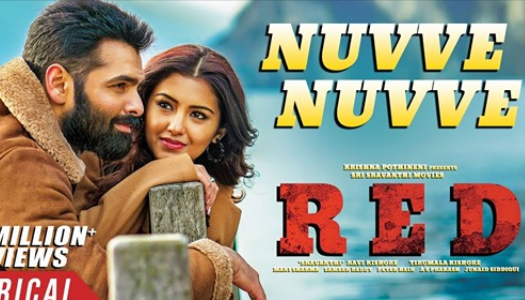