Skip to content
Nishabdham Movie OTT Release Date: One of the most awaited Tollywood film in 2020 is Anushka’s Nishabdham. The producers of the film are planning to release this film on OTT. As per the latest buzz, the movie will be available on digital platform very soon. However, there is no official confirmation from the makers. Soon we can expect an official announcement regarding this. 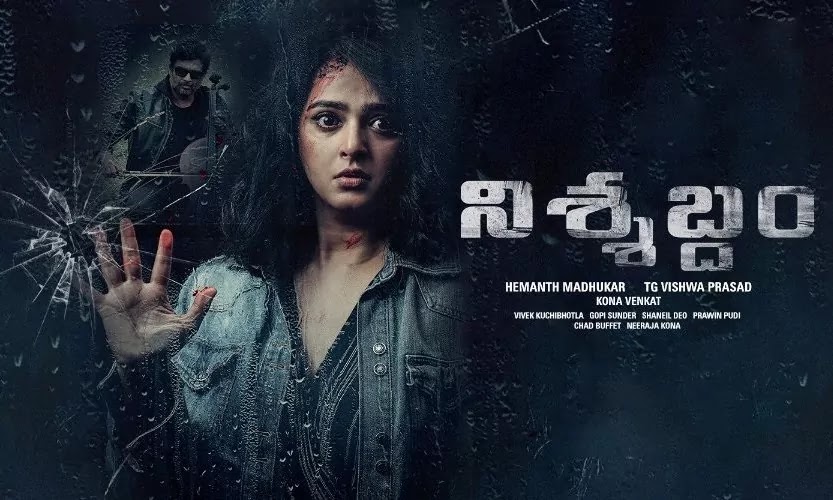 Anushka Shetty’s Nishabdham is a multi language film scheduled to release in Telugu, Hindi, Tamil, and Malayalam on 2nd April, 2020. As the lockdown has been extended and theaters have been shutdown state for a while, the makers are now decided to go on with OTT release.

Due to the Lockdown effect, many big films are now looking for direct OTT release. Here’s All Telugu Buzz exclusive details about Nishabdham OTT Release date and Digital Rights.

Earlier, there were many rumors surrounding this film regarding the OTT release. However, the producers of Nishabdham has condemned it. But, now the makers are reviving for the direct OTT release due to the Lockdown extension in India. After the direct releases from Bollywood, South filmmakers are also coming forward to release their films.

India’s leading OTT hub Amazon Prime Video has acquired the digital rights of Nishabdham in all languages for a whopping price of Rs.26 Crore. This is the convincible table profit for a film like Nishabdham. Prime Video is working with the content and the official announcement will be made soon. According to a few Online sources, Anushka’s Nishabdham Worldwide premieres on Prime Video from next month.

Its been more than 2 years since the last Release of Anushka’s Bhagamathi. The complete shooting part of Nishabdham full movie has been completed and now gearing up for direct OTT release on Prime Video. As per the latest release update, the movie will be soon available on Amazon Prime Video in October 2020.