Skip to content
Nee Parichayamutho Song Lyrics: Choosi Choodangaane is a upcoming Telugu movie scheduled to release on 31st January, 2020. Nee Parichayamutho Song is one of the favorite song for many of the film lovers in 2020 albums. The film music is composed by Gopi Sundar and sung by Sid Sriram. The lyrics for this song are written by Ananth Sriram. 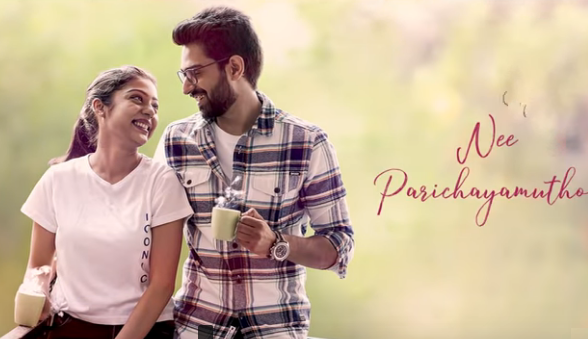 Choosi Choodangaane is a new-age romantic comedy Telugu film that revolves around the life of Siddu, a wedding photographer, and his trials with love. The film portrays Siddu`s life through the years, falling in love with Aishwarya for the first time while in college, and later meeting Shruti, a drummer, alongside his struggle to become a fashion photographer.

“Nee Parichayamutho” Lyrical Video from the film “Choosi Choodangaane”, Produced by Raj Kandukuri under Dharmapatha Creations and Directed by Sesha Sindhu Rao. This movie is presented by D.SureshBabu under the banner Suresh Productions.