Skip to content
Mirnalini Ravi Biography: Mirnalini is a  well known face in Dubsmash & Tik Tok videos & to the social media followers. She got many movie opportunities through her video performances in Dubsmash and Tik Tok Apps. She has done a couple of movies in Tamil Cinema and debuted into Telugu film industry through “Valmiki” movie. 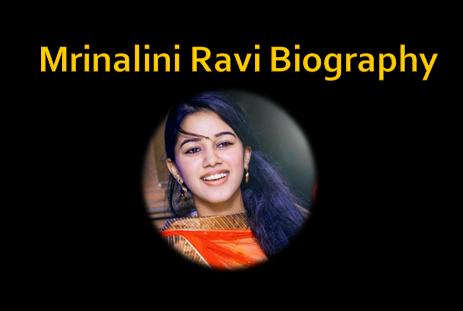 Mirnalini Ravi was born in Pondicherry and settled in Bangalore. She made her acting debut with a Tamil movie called “Super Deluxe”. She played an Alien character in Super Deluxe movie where the movie has a big star cast, leading actors & film makers of Tamil film industry.

Mirnalini Ravi deputed into Telugu with Valmiki which is the remake of Jigarthanda (2014 Tamil Blockbuster Movie). Also, her upcoming movie in Tamil is Champion directed by Suseenthiran.