Skip to content
Mariyan Telugu Movie in Telugu: Mariyan is a Telugu dubbed movie of Dhanush Tamil flick “Maryan”. The movie is a big HIT in Tollywood and Kollywood. The movie is available for free to watch online in YouTube now. Mariyan is a Telugu movie starring Dhanush, Parvathy, Salim Kumar and others in lead roles. The music of this album is composed by AR Rahman and the movie is a biggest musical hit of Dhanush film career. 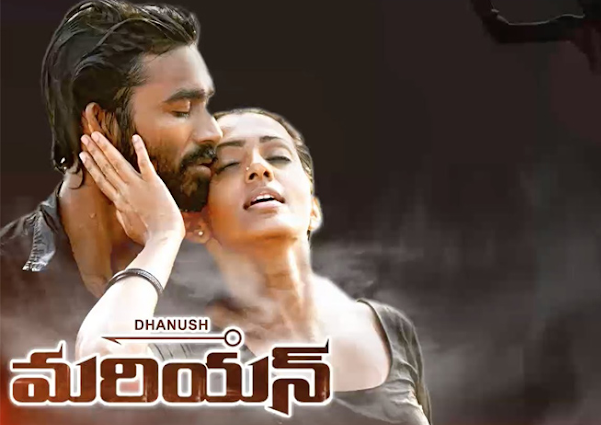 Mariyan is one of the Telugu Hit movies of Dhanush staring mainstream actors of Tamil and Malayalam film industries. Bharat Bala has directed and written this movie while V Ravinchandran has produced this film in Tamil and C Sobha produced in Telugu.

The story of Mariyan is closely related to the people who go for work in other countries. We can see the similar kind of stories in the lives of many people in AP and Telangana. The movis is available for free on YouTube in 1080p HD.

Story of Maryan: Maryan Joseph (character played by Dhanush) is a fisherman in a village named Neerody. He has an auspicious bond with sea and proudly claims himself as “Kadal Raasa” (King of Ocean). There is Panimalar (played by Parvathy) who falls in love with Maryan and doesn’t shy away in confessing it to him. Maryan is loved and longed by Panimalar but sadly her feelings are not reciprocated. The more Maryan tries to keep Panimalar away from him, the closer she tries to get. This eventually leads to Maryan falling for Panimalar.