Skip to content
Malayalam Megastar Mamootty’s film Shylock is releasing on Aha OTT this June. As per the latest update the movie is scheduled for direct release on Aha for its Telugu dubbed version.

Shylock is a 2020 Malayalam action thriller film starring Mammotty in lead role. This movie was directed by Ajai Vasudev. This action thriller also includes Rajkiran, Meena in the lead roles. The movie was already released on 23rd January 2020 in Malayalam. And, The movie received a positive response from the audience with a big success at the Mollywood box office. 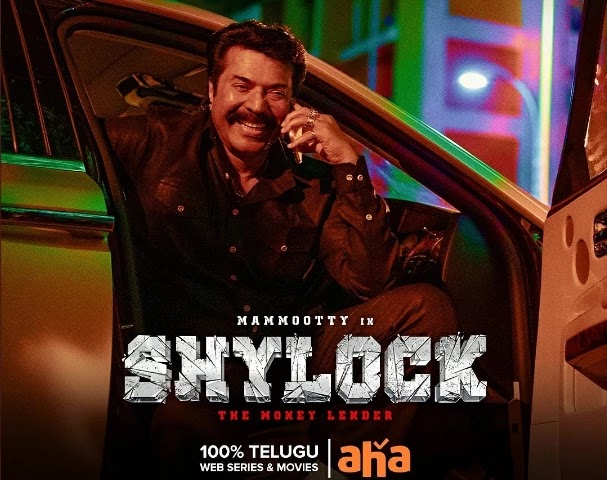 Now the Telugu dubbed version of Malayalam movie Shylock is all set to for digital release on Aha very soon. As per the latest buzz, the film’s official release on Aha.Video will be in 1st Week of July.

Aha Video has officially confirmed that the movie has finished the Telugu dubbing and all set for OTT release. So, we can see Mamootty’s action entertainer in Telugu.