Skip to content
Krack is a 2020 upcoming Telugu action film written and directed by Gopichand Malineni. The movie stars Ravi Teja, Shruti Haasan, Varalaxmi Sarathkumar and others in lead roles. The movie is said to be inspired from the real incidents of a police officer from Andhra Pradesh. However, the movie is scheduled for theatrical release on 08th May, 2020.. 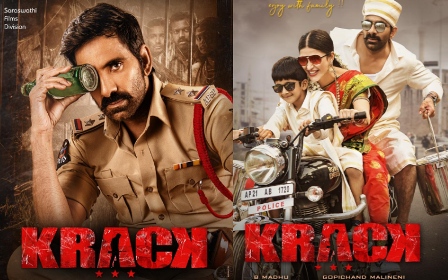 Presenting you the official teaser of Krack ft RaviTeja, Shruti Haasan and directed by Gopichand Malineni.