Skip to content
Sarkaru Vaari Paata Heroine Keerthy Suresh: Recently, the many rumors have been circulated around the lead actress of Mahesh Babu’s Sarkari Vari Pata movie. Also, the wide spread news is that Kiara Advani will be playing the female lead. But, with no availability of the dates, she changed her mind to star in Mahesh Babu’s project. So, the filmmakers have approached Keerty Suresh, decided to opt for her to share the screen space with Mahesh babu. Keerthu Suresh is playing as a Bank Officer in Sarkaru Vaari Paata. 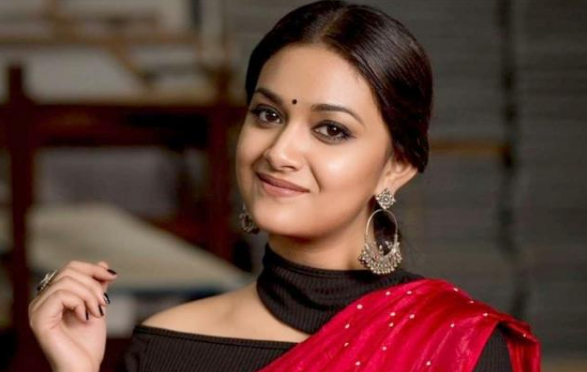 In the recent past, Keerthi Suresh proved herself through Mahanati and many other south films. So, the makers have confirmed that she will be apt for the role. Moreover, They believed that she would be the ideal heroine who can fit into the role written by Parasuram. But, The official announcement has not yet been made by the producers. Penguin is her latest movie, streaming on Amazon Prime Video.