Skip to content
Upendra’s Kabza Movie Cast & Crew: “Kabza” is the latest upcoming film from Real Star Upendra. The movie is set to release in seven Indian languages; Telugu, Kannada, Tamil, Hindi, Malayalam, Odiya and Marathi. The movie is produced and directed by R Chandru in seven languages. Music director Ravi Basrur, cinematographer Arjun Shetty on board for Kabza. This movie is considered to be the first PAN Indian film from Uppi. 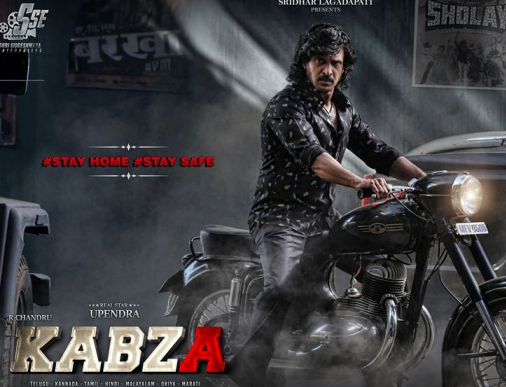 The first aspect of the Telugu version is finished and it is elegant beyond words. Uppi fans are shocked by the dazzling look from the star on the bike. The First Look also has a retro touch. Commenting on the crazy project, R Chandru said: “We are delighted that the Telugu public has given a boost to the first look of “Kabza” and We are confident that the movie, too, will get a huge response from Telugu audience.