Skip to content
HIT Telugu Movie Trailer: HIT is an upcoming 2020 Tollywood film directed by Sailesh Kolanu. The movie stars Vishwak Sen, Ruhani Sharma and others in lead roles. The music of this film is composed by Vivek Sagar and produced by Prashanti Tipirneni and Nani on Wall poster Cinema. Already released Teaser and First Look of HIT are receiving great response from the audience. Based on the audience response, The team released much more interesting Trailer cut of the movie. 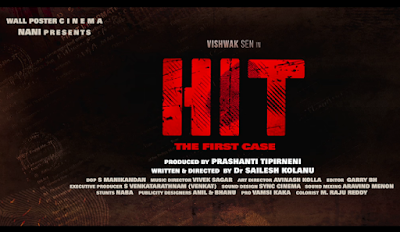 HIT is a Telugu movie scheduled for theatrical release on 28th February, 2020. The movie has completed its post production activities and ready to start the publicity in Telugu states. Hope this movie is going to be a big success for young and dynamic actor “Vushwak Sen”. However, the Trailer and Teaser looks promising, a positive sign for success.