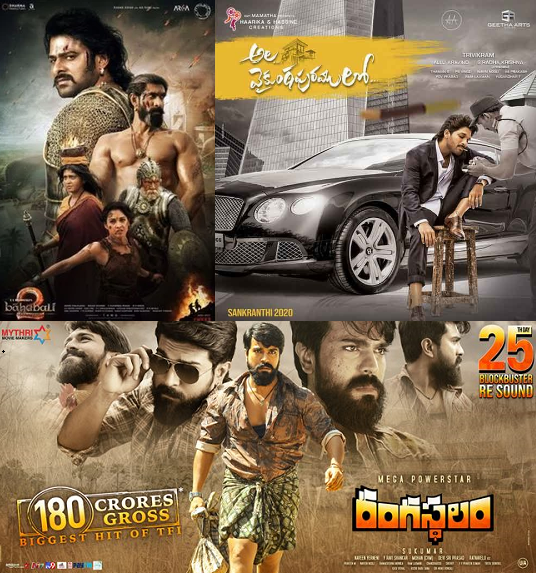 Telugu films has the biggest market in USA after Hindi films. On this page, you can find the list of South movies (Telugu, Tamil, Kannada, Malayalam films) which have crossed $3 million at USA Box Office.

Hindi films usually will have a big market in Overseas when compared with other south Indian movies. If we take only the straight Hindi films excluding Bahubali, we can find the below movies in the top list.