Skip to content
Gautham Menon Telugu Movies: Gautham Menon is one of the highly successful film director in India. He has done many Tamil movies which were dubbed into Telugu. Also, he did straight Telugu movies with actors like Naga Chaitanya, Nani and Venkatesh. In the latest, he worked as a director of Web Series “Queen” which is based on the life of Jayalalithaa. If you are searching for Gautham Menon Telugu Movies List, then have a look into this complete article. 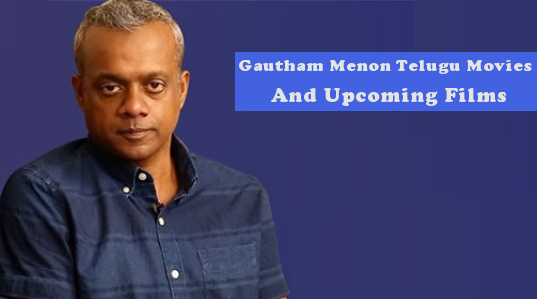 Along with direction, he has acted in many Tamil and Telugu dubbed films in small roles. Also, he dubbed for many artists in movies like Gharshana and Drohi and showed his interest in singing.

Many of the Tamil movies of Gautham Vasudev Menon were dubbed into Telugu and become successful here. In the span of 20 years, He has done many beautiful Love stories, Drama, Crime and Thriller stories.