Skip to content
Dhanush Mr.Karthik Full Movie 1080p HD (Mayakkam Enna in Telugu): Sometimes we may miss to see the movies that comes with good content. And, we call them as Underrated films. Mr.Karthik is one of the most underrated Telugu dubbed movie of Actor Dhanush. The movie is directed by Dhanush brother “Selvaraghavan”. And, music is composed by G. V. Prakash Kumar. 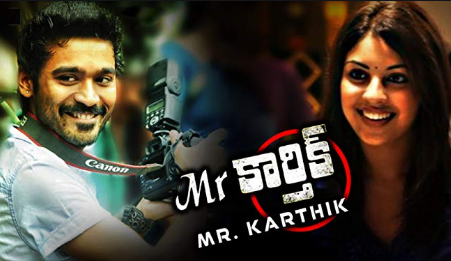 Mr Karthik is a Telugu dubbed version of Tamil Hit movie “Mayakkam Enna”. The movie is considered as one of the best works of Tamil film maker Selvaraghavan. Moreover, the movie comes with a strong plot by combining many elements such as Friendship, Love, Emotions, Aspirations, Depression and finally Achievement. And, This is the movie of today’s generation.

Mayakkam Enna in Telugu is available on Bhavani HD Videos YouTube channel in the name of Mr.Karthik (Telugu Title). The movie features Dhanush, Richa Gangopadhyay in lead roles and directed by Selvaraghavan. Music is composed by G. V. Prakash Kumar while it is produced by  K.Babu Rao, K.Mallikarjun in Telugu.

Karthik is a wildlife photographer. He meets Yamini, his friend’s girlfriend, and both dislike each other. But they get married by a twist of fate.Their marriage is threatened after a miscarriage.