Skip to content
Kuttram 23 Full Movie in Telugu 1080p HD: Crime 23 is the Telugu version of Tamil Super Hit movie “Kuttram 23” starring Arun Vijay, Mahima Nambiar and others in lead roles. The movie is a big Hit in Kollywood in 2017 and later it has dubbed in To Telugu with the name Crime 23. After the film success in Tamil, the movie is rumored that it will be remade in Telugu. But, it has not materialized. And, later the makers has released the dubbed version of Kuttram 23 Full Movie in Telugu as Crime 23. 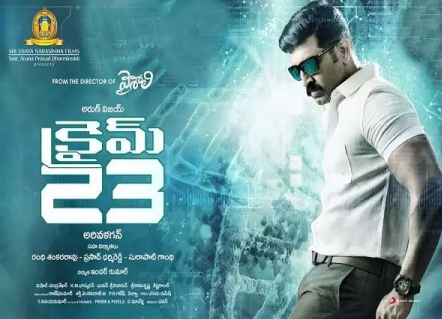 Crime 23 is a Telugu dubbed Tamil film released on August 31, 2018. Crime 23 is a action based investigation crime thriller movie directed by Arivazhagan Venkatachalam has a IMDB rating of 7.4/10. Now, the dubbed version of this movie is available on YouTube channel iDream Telugu movies for free. So, watch and enjoy this outstanding Thriller.

The film takes off with the mysterious murder of a church father and a pregnant woman named Jessica. The case was turned over to Deputy Police Commissioner Vijay (Arun Vijay). As Vijay goes deeper into the matter, he knows that the two murders are linked to a high-level medical mafia. Who is this medical mafia? Why do they target pregnant women? And how Vijay will resolve the matter is the rest of the story.