Skip to content
The highly anticipated Telugu romantic drama Bhanumathi Ramakrishna is set for digital release on Aha.video platform from 03rd July, 2020. The makers of the film has officially confirmed this news through Geetha Arts YouTube channel. The movie directed by Srikanth Nagothi while produced by Yashwanth Mulukutla and presented by Sharat Marrar. 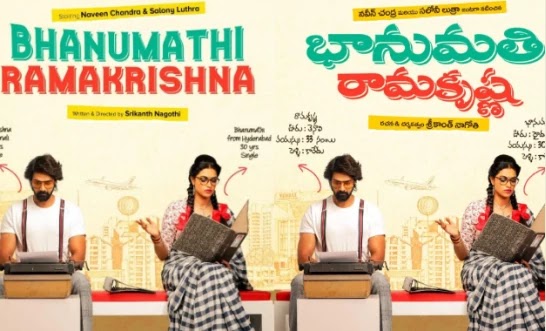 Starring Naveen Chandra and Salony Luthra in the lead roles, the film tells the story of an unlikely couple who finds love in their 30s. Allu Arvind, producer in Tollywood at Geetha Arts, released the movie poster and expressed his enthusiasm for the interesting concept and engaging story of Bhanumathi Ramakrishna.

He added, I felt like I saw a really cute love story after a long time in Telugu! It was interesting to watch a mature love story of a guy and a girl in their thirties . Moreover, the film comes with a concept that we don’t often see on screen.

The movie is having world digital premiers first on Aha.video, a Telugu dedicated OTT platfrom. So, don’t miss the Bhanumathi Ramakrishna on 03rd July, 2020.