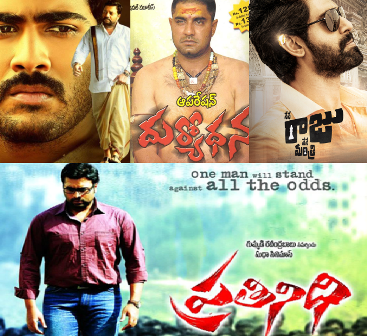 Prasthanam: This movie is one of the best works from the Telugu Director, Deva Katta. This is one of the most underrated Telugu movie, which has received a great acclaim for its dialogues & screenplay.

Operation Duryodhana: This is one of the best & all time political action thriller movie. And, finest works from Posani Krishna Murali.

Nene Raju Nene Mantri: We can consider it as a best political thriller movie in recent times.

Prathinidhi: One of the best Political Thriller movie in Telugu released in 2014. Nara Rohit, Kota Srinivasa Rao, Posani Krishna Murali and others have acted in this film.

Leader: This movie was directed by Sekhar Kammula. And, this is the first debut movie of Rana Dhaggubati. This movie has a slight thriller elements.

Bharat Ane Nenu: I don’t think, it is the political thriller. But, the movie scripts related to today politics in India. I don’t recommend this, If you want to watch a best Political Thriller in Telugu. However, you can add this to your list.

There are many political thriller movies in Telugu during 1990’s. Movies like Mutha Mestri, Assembly Rowdy, Pedarayudu, Sooryavansham were related to political drama.

There are many dubbed movies from Tamil Cinema which gained a huge acclaim & reception from Telugu audience. Movie like Nayakudu, Dhalapathi, Yuva, etc. have performed well at Telugu Boxoffice. Also, there are recent hits & blockbusters. You can check the list below.

Lucifer:This is he most recent political thriller dubbed from Malayalam with the same name. This movie has got a good acclaim from critics & movie lovers.

Rangam: Rangam is dubbed from Tamil (Ko) Movie. This movie has performed well at Boxoffice and declared as a Blockbuster of the year 2011.

Yaman: Vijay Antony after the success of Bichagadu & Behaludu, released this movie into Telugu. This is one time watchable movie.

Sakuni: Karthi’s movie sakuni is not a big hit in Telugu  but has got a good reception after TV telecast.

NGK: Nandha Gopalan Kumaran is a Tamil Movie & Telugu dubbed Movie with the same name. This movie is a Political Thriller from the director Selvaraghavan.