Skip to content
Anthology Films in Telugu: An anthology film is a collection of selected stories by various authors or the several stories or writings are of the same period incorporated in the same theme. In simple terms, An Anthology movie comprises of more than 2 different stories with similar Theme and all these stories will be interconnected at some point. On this page, you are going to find the list of Anthology movies in Telugu till 2020. 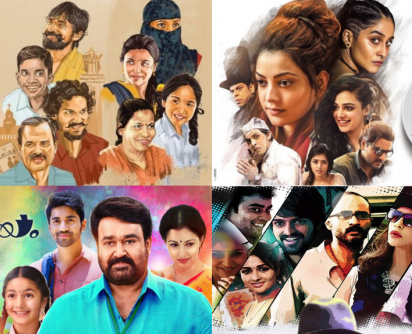 The Genre “Anthology” is new to Tollywood. However, the Telugu Anthology based movies success rate is very high when compared with other regular genre. So, the aspiring filmmakers of Tollywood are focusing on introducing new genres to Telugu Cinema. Let’s have a look into the Telugu Anthology movies list in the below sections of this page.

As said earlier the no.of Anthology movies in Telugu has been increased and successful too. If you closely observe the story lines of below list of movies, you can find that all these movies has more than 2 individual stories and they are interconnected at some point.

Most of these Anthology movies are available on YouTube for free. And, the renaming movies are streaming on Netflix and HotStar. We will update the list as soon as the new movie strikes.

These are the straight Telugu movies which are originally made for Telugu people.

Anthology Movies in Telugu (Dubbed From Other Languages)

Below are the list of Anthology films in Telugu which are dubbed from other languages like Tamil and Malayalam.

However, you can find the above list using the following link.
**** Click Here To Watch Latest Anthology Films ****