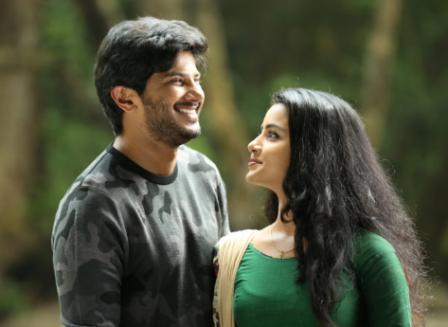 Dulquer Salmaan and Anupama movie in Telugu was released as Andamaina Jeevitham in the year 2017 and received a good applause from Telugu audience. The Malayalam original was released in January, 2017 and it has grossed over 50 crore at Box Office.

Andamaina Jeevitham Telugu Movie stars Dulquer Salmaan, Mukesh and Aishwarya Rajesh, in the lead roles. The movie is directed by Sathyan Anthikkad and written by Iqbal Kuttippuram. The movie is available for free to watch online in Bhavani HD Videos YouTube channel in 1080p high-definition video resolution. However, you can find the same from here.

Synopsis: Kumar, a carefree young man, sells his father’s shop to invest in a new venture with a friend. He learns the harsh realities of life and becomes more responsible after the business fails.