Skip to content
Ajith Telugu Movies List: Ajith is one of the top South Indian Actor who is having tremendous fan following in Tamil Nadu. Tamil fans of Ajith used to call him as “Thala” which means Leader. If you are searching for Thala Ajith Telugu movies list, then you are at the right place to find them. On this page, you can get the list of Ajith best movies which are dubbed into Telugu. 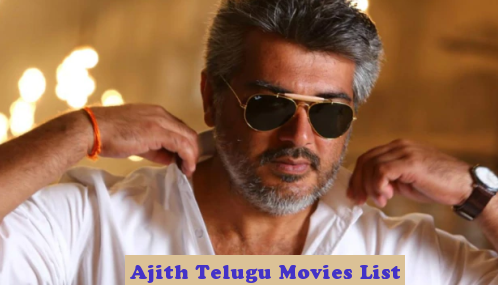 Ajith has acted in more than 50 films in the span of these 30 years of film journey. In the beginning days, he acted in various Tamil romantic drama and love films like Aasai, Kaadhal Kottai (Prema Lekha), Vaali, etc. With the movie Vaali, he proved that he can act in versatile characters. Later, movies like Amarkalam, Dheena, etc have made him a commercial mass actor. And, In the movies like Anantha Poongatre (Remade as Raja in Telugu), Priyuraalu Pilichindi, Ashoka he shared screen space with mainstream actors like Karthik, Mammootty, Shah Rukh Khan and others.

There are many musical Hit movies of Ajith in Telugu including Prema Lekha, Asha Asha Asha, Vaali, Priyuraalu Pilichindi, etc. Ajith latest Telugu movies like Gambler, Yenthavadu Gaani, Vedalam in Telugu, Viswasam are big Hits. Below is the list of best movies of Ajith Kumar in Telugu.

There are many Hit movies of Ajith in Telugu. He has also done a straight Telugu movie called “Prema Pusthakam” which is directed by Gollapudi Maruthi Rao. 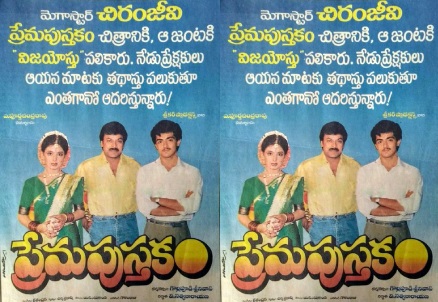