Acharya Movie Review: The Telugu film industry is anticipating the release of an important film, about which everyone is quite enthusiastic. It’s the first time that Chiranjeevi, Acharya, and Ramcharan have shared a full-length screen. Film fans have been going crazy today, on the 29th of April in 2022, as both actors appeared on the big screen. As a result, the film has received positive reviews from critics all over the world. We’ll see what transpired in this film and whether or not it’s worth seeing in our review. 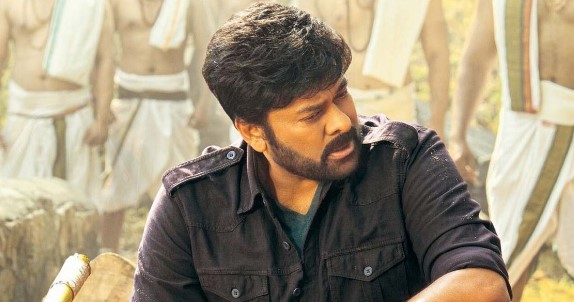 A Gurukulam in the city of Dharmastali taught Siddha many ideals and traditions throughout his formative years. People in Dharmastali can always count on Siddha to be there for them. Dedicated to Dharma, Siddha is always there for the people of Dharmastali, whom he cherishes. Neelambari is the only person he has a crush on, but that isn’t all (Pooja Hegde), Siddha once intervened to prevent a vicious individual from taking over the entire village of Dharmastali. The people began to have troubles after Siddha departed Dharmastali with the vicious individual, so Acharya entered the field to save them. When all was said and done, where did Siddha land up? They had some sort of connection to one another. These questions can only be answered by watching the film.

Among the actors in Acharya is Ram Charan and Chiranjeevi. The film was directed by Koratala Siva. The cinematography was done by S.Thirunavukkarasu. The music was done by Mani Sharma, and the film was made by Niranjan Reddy and Anvesh Reddy under the banner of Konidela Productions.

Chiranjeevi and Ramcharan are both actors. For the first time in the show’s history, these two characters have appeared as full-fledged protagonists. They are the film’s main selling point (Unique Selling Point). There are those people who go to the movies solely to see their favorite actors on the big screen. They aren’t interested in the plot.
An excellent screenplay with all the commercial aspects was developed by the film’s director, Koratala Siva, who didn’t let the stars get in the way of that. It was fascinating to hear Mahesh Babu read the voice-over for Acharya. After that, the film returned to its standard formula of hero, love, song, and intermission bang, which has become a staple of mainstream cinema. After a little break, the plot picks back up when Chiranjeevi returns to Dharmastali. It was a good idea to reveal the ties between Siddha and Acharya. The Koratala Siva mark can be seen here. This sequence is one of the best in the entire film despite the fact that Siddha and Acharya’s routes are not exactly the same.
Even though Ramcharan’s performance in RRR was outstanding, if we expect him to perform as well in Siddha, we may be disappointed. Furthermore, Chiranjeevi as Acharya is terrific. Showed how cool and hip he is, and how good he looks on TV. Pooja Hegde’s character, Neelambari, exists solely to serve as a potential love interest for Sidhha; she has no other role. He is one of Telugu cinema’s most charismatic mass-market directors, which helped the rest of the ensemble. Acharya is not a Koratala Siva film in any way shape or form. He performed a wonderful job with the two actors, but the story might have been cut in half.
Acharya’s design is excellent. This film’s main star is the art director, Suresh Selvarajan. Cinematography and lighting were equally excellent in the universe of Dharmastali, which he created. Bale Bale Banjara’s score served as an excellent backdrop to Manisharma’s mediocre compositions.
Acharya is also worth seeing for Chiranjeevi and Ramcharan’s performances.