Skip to content
Aakaasam Nee Haddhu Ra Movie Cast and Crew: Aakaasam Nee Haddhu Ra (Soorarai Pottru in Tamil) is an upcoming Telugu movie in 2020 directed by Sudha Kongara starring Suriya, Aparna Balamurali, Mohan Babu and others in lead roles. The movie is based on the real incidents happened in the life of Air Deccan founder G. R. Gopinath. The movie’s initial release date is fixed on 09th April, 2020 in Telugu and Tamil. But, due to the Lockdown, the movie release has been postponed. As per the latest buzz, the team is planning to release the movie in Telugu on 30th October 2020. 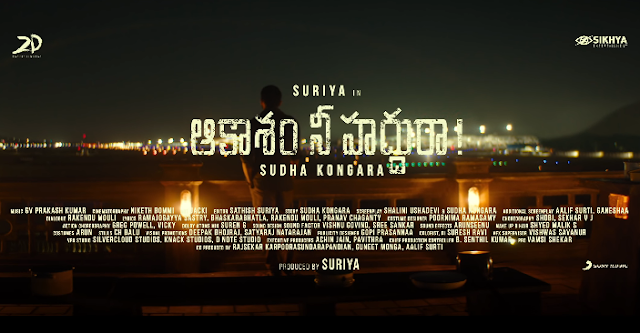